Since the day we opened our doors back in 1992, we’ve done all we can to support our Sacramento LGBTQ+ community in making their family-building dreams a reality. Part of that support extends to promoting, celebrating, and attending Sacramento Pride Week activities.

June marks Pride Month around the nation, and most of the nation’s cities have a range of events running all month long. The same is true for Sacramento, with the largest focus landing on the official “Pride Weekend,” which includes a festival you don’t want to miss.

Sacramento’s Pride Weekend is celebrated annually during the second weekend of June. This year, the event takes place June 11 and 12 – and there are all kinds of ways to attend and participate.

Everyone’s favorite event is the iconic Pride March, which is the largest march in the Sacramento area. After being canceled in 2020 and unable to take place in person in 2021, this year’s in-person and community-centric parade is bound to be one of the best ever.

The Pride March is free and open to all community members starting at 11:00 a.m. on Sunday, June 12, 2022, running from Southside Park to the Capitol along 10th Street. 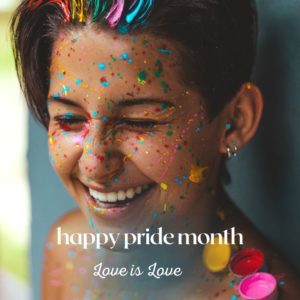 The Sacramento Pride Festival is a ticketed event and runs from the finish of the Pride March through 8:00 p.m. on Sunday, June 12. It is a two-day festival that transforms capitol mall into an LGBTQ+ village and entertainment zone with bars, vendors, and music stages that feature International Stars, Drag Performers, and live musical acts.

Tickets run from $15 for adults per day or $25 for a weekend pass. Youth/Teens 13 – 17 are $10 anytime, and children 12 and under can attend for free. In addition, you can get a free ticket by volunteering – a wonderful way to show your support for the community.

The 916 Pride Show is a celebration of LGBTQ+ bands and artists in the Sacramento DIY music scene. It’s being hosted by The Colony in Sacramento on June 18, from 7 to 11 p.m. (doors open at 6:30). Cover charge is $10 across the board, and you’re guaranteed to be entertained since the lineup includes bands and artists like Acts on the lineup include Zombie Makeout Session, Ash Bricky, Blooming Heads, Lokeigh, and Wayne Jetski.

Now, anyone pursuing fertility treatments is advised to avoid alcohol, sticking to Mocktails and virgin drinks. However, if you’re planning to start your family in the far future, you may enjoy the Pride Bar Crawl on Sunday, June 18th. The event starts at Badlands at 11:00 a.m. and continues through 11:59 at participating events. Obviously, this is an adult-only-affair, but if you’re currently sober your friends will certainly appreciate a safe ride home after they’re done crawling.

The Sacramento Pride Bar Crawl is part of a nationwide event that prides itself on being the “proudest crawl of the year.” Participants begin by paying $15, which entitles them to two free drink vouchers and other Pride crawl schwag. While the rest of the drinks are on you, a portion of the event’s proceeds are donated to The Trevor Project.

If you happen to live on the other side of the Causeway and want to check out a new event. On June 11th from 7-9, you can come on out and skate with the Divas of Disco. Meet at Central Park Farmer’s Market Pavilion. It’s sure to be a blast! The next day is a music festival and run. There’s something for everyone!

The team at the Northern California Fertility Medicine Center hope to see you at one of these and other Sacramento Pride Weekend events. In the meantime, feel free to contact us anytime to learn more about LGBTQ+ family building options, including fertility preservation for transgender individuals.